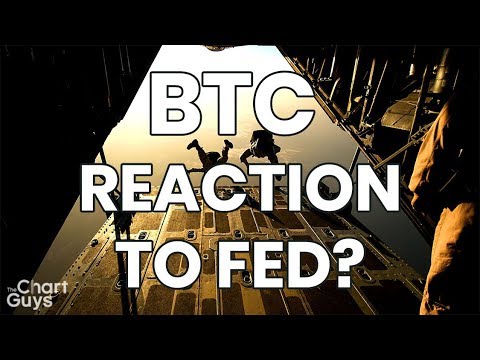 Get Your NEBLs of an Exchange

Unless you were under a rock, you should know that Cryptopia was recently hacked. Good news (somewhat), mainly ERC-20 and ETH was stolen. This is not the last hack and it should only encourage users further to take control of their crypto/digital assets. Neblio undoubtedly is a great digital asset. Compared to most other available cryptocurrency options, Neblio has the competition beat by far. Focusing on safety, privacy, and control of your Neblio should be a priority.
The issue right now in the community is not taking responsibility to help build the ecosystem. We as the community should do our best to not only give "constructive" feedback, but also pitch in anyway we could. The best way we could help develop and foster the ecosystem is by encouraging fellow community members or holders to take full advantage of Neblio's technology.
Recently Tachyon was activated, on time too. The boost to the network has increased the average joe's staking capacity regardless of their small holding size. The upgrade should have encouraged users to download the new wallet and begin staking. Staking is relatively easy, there are plenty of guides, questions already answered on the various Neblio channels, and support from the community to help a fellow member.
The problem is there are an overwhelming amount of Neblio holders storing/holding their coins on exchanges such as Binance. We have to get the message out that there are multiple options which are better than keeping your coins on an exchange.
1) The Neblio Team has created a solution which Binance should have enabled for their users, a staking pool. High level, when you deposit neblio to your wallet on discord using the Tipbot, your Neblio's stake. The way the pool works, as explained by Eddy, the amount of Neblio you hold in your tipbot wallet on Discord stakes with other users Neblio within their tipbot wallet. Users receive random stakes proportionally to the amount of Neblio they hold in the tipbot wallet which is staking. As a community, we can encourage or maybe incentivize others to use this solution instead of holding on exchanges or even just for fun. We can all lead by example and use the wallet regardless if it is a tiny amount. You cannot lose out from staking and engaging with your fellow community members.
2) NEBLIDEX. https://www.neblidex.xyz . The decentralize exchange which is powered by the Neblio network and whose native token is NebliDex. NebliDex is a great platform because it gives users a two for one wallet. You control your wallet keys and it functions as a home for your Neblio and Neblidex. Not to mention, Neblidex can hold your Bitcoin, Litecoin, and other various NPT1s. As another move against exchanges, we should use decentralized exchanges. Neblidex is at the forefront of decentralized exchange technology, no permission to trade your cryptocurrencies necessary. I truly believe if we adopt Neblidex as a community and use it to conduct not only Neblio and Neblidex trades but Bitcoin and Litecoin as well, the community would grow stronger. We can set our own prices, see what the market will really pay for assets. Binance and Cryptopia can get hacked and all your cryptocurrencies can be stolen, Neblidex arguably cannot be hacked. And it will take a lot more work to hack Neblidex than any centralized exchange. Fact.
3) Obviously your desktop wallet.
4) Last but not least, Orion.


CoinCentral's owners, writers, and/or guest post authors may or may not have a vested interest in any of the above projects and businesses. None of the content on CoinCentral is investment advice nor is it a replacement for advice from a certified financial planner.

Alex is the Editor-in-Chief of CoinCentral. Alex also advises blockchain startups, enterprise organizations, and ICOs on content strategy, marketing, and business development. He also regrets not buying more Bitcoin back in 2012, just like you.

[uncensored-r/CryptoCurrency] The Biggest Token of 2018

The following post by Douchebag_Alphamale is being replicated because the post has been openly removed.
The original post can be found(in censored form) at this link:
np.reddit.com/ CryptoCurrency/comments/7ne77v
The original post's content was as follows:


We're all looking for that prime shitcoin. That coin that takes us from a 1K investment to 50K; and there are a lot of them out there - many coins will undoubtedly rise in 2018, leading to countless moon missions. One of the key factors a lot of people new to the crypto world make is that they buy into coins that are already 'priced in'. Things like Bitcoin, Litecoin, Ethereum, at this point are not going to rise significantly in the near future. In fact, they might drop due to their competitors getting a lot more attention.
Then you have coins sort of in the middle, they have the potential to rise quite a bit, but they aren't going to exceedingly perform - coins like Neo, Nem, Stellar, etc.
However, if you want to make short-term gains, 24 hour moon missions and the like, you have to dive into the speculative cryptos with lower market caps. Sub 1 billion market cap coins, basically.
One of the coins I think you should REALLY watch out for (and has recently been performing VERY well, and I do not expect it to stop anytime soon) is KCS (KuCoin Shares).
KuCoin is really making a run for Binance's position, and with the bull run we're likely to experience in 2018, this is the perfect time to get in early. Right now, KuCoin Shares are still relatively cheap, so it's still pretty early. For comparison, you can see what happened with Binance's coin, and it doesn't have a lot of the perks listed below attached to it.
KuCoin also has a very proactive team that lists new coins as soon as possible, beating a lot of the other exchanges. Some recent examples of GREAT coins they've released are DeepBrain Chain (DBC), QLink (QLC), and RaiBlocks (XRB). I think this alone will drive a lot more volume to the exchange, get a lot more eyes on it, and in turn, will make KuCoin Shares rise in price.
The best part about KuCoin Shares is their 50% dividend on trading fees. They also give you discounts on your trades for every 1K KuCoin shares you hold (up to 3K). What I like to do because of this is hold my KuCoin Shares and do trading on KuCoin in order to get very low fees. This, in addition with their amazing cryptocurrency availabilty, 24/7 support, fast withdrawals and UI experience makes it a great platform to trade on.
Let's say Kucoin reaches HALF of Binance's current volume. If you own 10K KCS, that means you would get a whopping $180 USD per DAY. Think about that. That's ridiculous. And you get paid in dividends daily. That means it's compounding 365 times a year.
You can calculate your KuCoin Shares dividends per DAY here. It's actually growing pretty fast, I recommend getting in on this soon in order to get good daily dividends.
If you like my post or any information I've provided, please use my referral link below to get started, I appreciate it!
https://www.kucoin.com/#/?r=13J55